The Santa Fe Trail Amateur Radio Club is a general-purpose club with the goal of promoting and supporting the educational and operational aspects of ham radio through ham radio classes, on-the-air events and hands-on activity.  ***PLEASE NOTE THAT NONE OF THE SATURDAY MEETINGS ARE  BEING HELD IN PERSON AT THE PRESENT TIME. THE SFTARC MONTHLY BUSINESS  MEETING IS CONDUCTED VIA TELECONFERENCE ON THE SECOND SATURDAY OF EACH MONTH. Please watch this website for updates regarding the resumption of in-person meetings. For more information about teleconferences (both the monthly business meetings and informal rag-chews), contact one of the SFTARC officers.

The SFTARC Net is held every Tuesday at 8 PM on the 145.470 MHZ (offset -0.6 Mhz; PL tone 151.4 Hz) Johnson County ECS repeater until further notice. Any ECS activity will take precedence over our net. Thanks to the JO CO ECS for the temporary use of their repeater.

The Santa Fe Trail Amateur Radio Club is open to membership for all currently licensed Hams, and anyone who is interested in becoming a Ham. The club does require a membership fee, as shown on the application, to help cover the club’s expenses.

*** Saturday Breakfasts are cancelled until further notice. Monthly business meetings are held via teleconference. See the Home Page for details.  ***

The Trip to Dayton

"The Trip to Dayton" is the title of an up-tempo song The Ham Band recorded in 2012, but more important it's "a trip that came together," to use her words, for Kelly Stanfield, W0YQG, last May when she was able to join her uncle, Joe Krout, KR0UT, and five other members of the Santa Fe Trail Amateur Radio Club in journeying with them to Ohio for the 2019 Dayton Hamvention.

“Have you ever taken a trip you never thought could happen?" Kelly, who is blind, asked rhetorically to begin a short story she wrote last August after returning to her home in Lincoln, Mo., from the Buckeye State. Then she proceeded to report that that is exactly what she had done three months earlier before further reporting that her trip to southwest Ohio to take in the world's largest hamfest materialized "in a pretty amazing way.”

Blind since birth, Kelly was already well acquainted with the Courage Kenny Handiham Program based in Golden Valley, Minn., when Program Coordinator Lucinda Moody, AB8WF, let her know in April of 2018 that she "needed to get me to Dayton." At the time, Lucinda was interviewing Kelly for a segment to be aired later on Handiham World, the program's weekly podcast. Lucinda previously had identified Kelly as being someone with a disability she should interview because she wanted to show other individuals with disabilities that it's OK to fail a test for an amateur radio license and keep trying to pass it, which is what Kelly had done en route to upgrading from a Technician license (KD0IWM in September of 2009) to a General license (still KD0IWM) in October of 2017.

Thinking Lucinda simply wanted to see her have a chance to enjoy the Hamvention experience for the first time, Kelly quickly told her she "couldn't afford a trip of that sort," at which point Lucinda clarified that what she wanted was for Kelly to help her run the Handiham booth during the three-day event the following year. After indicating to Lucinda that she "needed to think about it," Kelly consulted with four people she trusted in making "such a big decision," one of whom, Samantha "Sam" Henley, KE0LMY, told her she should "take the chance" and put Dayton on her calendar, while the other three concurred that the proposed outing to Ohio and back represented "a good opportunity" for her in many respects.

The decision made, the necessary health care-related paperwork mailed off and the required volunteer orientation completed, Kelly started investigating possible travel arrangements in late March and eventually determined that the cheapest option would be for her to take a train from Kansas City, Mo., to Michigan to meet Lucinda, ride with her in a car back down to Ohio, get in that same car and go back up to Michigan with Lucinda, then catch the train again for the return trip to Kansas City.

Enter "Uncle Joe" to save the day. Having learned of Kelly's plans April 1 by way of an email, he called her that very evening and gave her the good news - she had a ride to Dayton!
Because she wanted to have a better feel for what to expect as a first-time visitor to the Greene County Fairgrounds and Expo Center in nearby Xenia, Kelly joined a Facebook group associated with the Hamvention and soon found herself conversing online with club member Charissa Dunham, KB4BML, who one, knew her uncle and had known her grandfather, Extra licensee Harry Krout, whose old call sign is now Kelly's, and two, had filled in for Lucinda as needed at the Handiham booth the previous year.

In the photograph accompanying this story, Charissa, the first person to drop by the Handiham booth in 2019, is pictured with Kelly at last year's Hamvention.
On the morning of Wednesday, May 15, Kelly, Joe, Jim Andera, K0NK, Greg Wolfe, KI0KK, George McCarville, WB0CNK, Jim Anderson, AC0OW, and Del Sawyer, K0DDS, took off for Dayton, the air capital of the world, Kelly and Joe in Jim Andera's car and Greg, George and Jim Anderson in Del's car. When the group stopped for lunch a few hours later, Joe and Jim Andera set up a radio Joe had packed for the trip, and Kelly volunteered to take charge of it "so the guys could keep an eye on the driving."

Another first. Up until then Kelly had always used a radio with repeaters in attempting to communicate with other hams while traveling in a car, but this time she operated on Simplex as the trio made their way across the Ohio River Valley toward their destination in the Dayton area and the much-welcome beds that awaited them at the end of the long road. In Xenia, the scene of a deadly tornado 45 years earlier in 1974, the group hooked up with Jim "Hoop" Hooper, K9QJS, a friend of Jim Anderson, and Richard "Dick" Hooper, K4QJS. The Hoopers are brothers.
During the first day of the Hamvention, Friday, May 17, Kelly met Charissa in person for the first time, purchased an easy-to-spot-by-others 30-ounce yellow mug with her call sign and the Hamvention logo on it, attended a forum covering the 75-year history of CQ with Jim Andera during which she learned that a few women have penned articles for the magazine over the years, and that evening with Lucinda back in Lucinda's hotel room, "recorded a recap of our first day at Hamvention for the following week's podcast."

The second day of the 68th annual Hamvention found Kelly accompanying Raytown, Mo., residents Ted Hatfield, NF0M, and his wife Norma, W0KC, to meet author Gordon West, WB6NOA, who had written the materials for the General and Extra classes she had taken two years earlier in Raytown with Ted and Norma as her instructors. They had spotted her late in the afternoon the day before and, at Kelly's insistence, had gone back to the Handiham booth to tell Lucinda that it was they who had taught the two classes that had enabled Kelly to pass the General test that October and then the Extra test that December, when she became W0YQG.

At Gordon's Radio School booth, where a couple of pictures for the proverbial scrapbook were snapped, Kelly was recognized for having gotten her Extra license with a certificate Gordon signed on the spot and a timely toot from his signature bicycle horn just for good measure. Getting to go with Ted and Norma to meet Gordon proved to be the highlight of the Hamvention for her.

That same day Joe located a straight key for Kelly that "took care of one thing I was looking for at Mega Ham Radio." Once more, "Uncle Joe" saved the day.
On the third day of what was only the third Hamvention to have been held at the fairgrounds in Xenia, Kelly and the rest of the group headed back for Kansas City, their bank accounts a little smaller but their collective circle of friends and acquaintances a little bigger. After reaching Olathe that Sunday night, "Uncle Joe" treated Kelly to a meal at Cracker Barrel, one of her favorite places to eat, and the next morning she was riding the rails aboard an eastbound Amtrak train with a scheduled stop in Sedalia, Mo.

Over in Missouri's lake country, Kelly is the secretary of the Dam Amateur Radio Klub (DARK) and a member of both the Benton County Amateur Radio Emergency Service and the Benton County Community Emergency Response Team. It was another blind-from-birth ham, Northmoor, Mo., resident Craig Martin, KY0O, who had encouraged her to sign up for a CERT class if she ever had the chance, and it was he who had worked closely with her during the days leading up to the General and Extra tests Ted and Norma administered to her. Ted and Norma also taught the General and Extra classes Kansas City's David Albright, KE0DSV, took after becoming blind as an adult.

Kelly, Craig and David are but three of many amateur radio operators in the United States who are visually impaired, whose ranks, Handiham member John Glass, NU6P, estimates, number "in the thousands."

Like the Ohio-shaped logo that had been created for the 2020 Dayton Hamvention suggests, hams across America and elsewhere were "wired" for this year's hamfest before concerns arising from the coronavirus pandemic led the Dayton Amateur Radio Association to cancel the event. But there's always next year, right?

Asked recently if she had any interest in attending another Hamvention, Kelly told me in an email, "Yes, if I could put my money together again and things fell into place again, I would go to Hamvention again." After all, like The Ham Band sings, "Great fun all the way to Dayton … crazy days are waitin' … in Dayton." Or something like that. 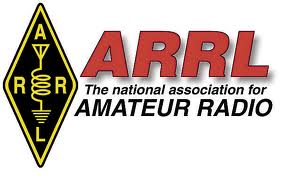